They are possibly the two biggest technology companies in the world, and both make reliable, simple and genius products. Today I’m going to be comparing them on Smartphones and Tablets, the biggest new technological advancements of recent times. I will also include what Samsung really have to think of Apple’s latest iPhone, the iPhone 6 and 6 Plus. Hopefully by the end of this post you’ll know whether to buy Apple or Samsung! But first, here is a bit about their past: 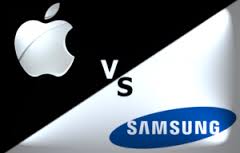 Let’s start with Apple. It was founded on April 1, 1976, by Steve Jobs, Steve Wozniak and Ronald Wayne, to sell personal computers. It was originally called Apple Computers Inc, but was then changed to Apple Inc.

The Apple I was Apple’s first product, and it lacked a lot of what today’s computers have: A keyboard, a mouse and even a case. Here is one with an added wooden case:

It went on sale for $666.66, in todays money that is a huge $2,763!!! The Apple II was later released, and it was home to the first ‘App’, VisiCalc, a spreadsheet programme. In 1980, Apple III (what original names!) was created in an attempt to challenge Microsoft at the top of the computer table! Apple then began work on two new computers, the Apple Lisa and the Macintosh. Lisa sold first but was unpopular because of it’s high price and lack of features. A year later, in 1984, the Macintosh was released.

The sales were good at first but then dropped due to it’s high price. However, it’s fortunes changed when the first printer and word processor were added, and screen graphics were improved. In 1985 a power struggle broke out and eventually Steve Jobs resigned. Afterwards, in the next 6 years, Apple released two new computers, Macintosh Portable, and PowerBook. In 1991, they released ‘System7’ which remained the Mac’s operating system for a decade.

Between 1990 and 1999 Apple experimented with digital cameras, CD players and TV appliances, all which failed. Apple were declining rapidly and they were polished off by a failed court case attempting to sue Microsoft. Then in the space of a couple of years, Jobs joined as interim CEO, and then Apple announced they would work with Microsoft to release Microsoft Office on the Macintosh (Mac).

On August 15, 1998, Apple released a new version of the Mac: the iMac! This was very successful!
In October 2001, Apple announced the release of a portable audio player: The iPod.

On January 9, 2007, came the announcement of the iPhone. Then came iTunes. Then the iPod Touch. Then the App Store. Apple continued to grow. And then… On January 27th, 2010, Apple launched a big screen, tablet-like media device known as the… iPad.

And the rest, as they say, is history!

Now for the history of Samsung:

Above is Samsung’s base, in South Korea.

Samsung was founded way back in 1938 by a man named Lee Byung Chull, in South Korea, as a small business. In 1954, Samsung was targeting many different areas, such as insurance, security and retail. In the late 1960s, Samsung ventured into the electronics business, with it’s first product a black and white television. 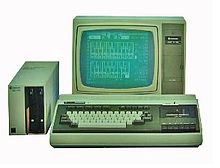 Between 1982 and 1987, Samsung made TV plants and facilities in Portugal, New York, Tokyo and England. In 1996, they made their Texas facility, which up to this day they have invested over $13 billion in!

Samsung started to become an international corporation in the 1990s. In 1992, Samsung became the world’s largest producer of memory chips (and now they are still 2nd behind Intel). In 2000, Samsung set up their first computer programming laboratory in Warsaw and starting looking into digital TV and smartphones. Zoom ahead to 2012 and Samsung became the largest phone maker ahead of Nokia (and then Apple in 3rd). In March 2013, Samsung unveiled the Galaxy S4 smartphone. In August 2012, jurors ruled that Samsung had to pay over $1 billion for violating their patents of smartphones, which caused Samsung shares to fall. However, Apple’s bid to have 6 Samsung smartphones removed from production was turned down.#

So that’s a bit about the past, so now let’s move onto the first category: Smartphones!

The above picture says it all, really. The iPhone has sold far more than Samsung Galaxy phones. Far more. Between 2010 and 2012, that is. The iPhone used to be the only smartphone ‘worth’ buying, but is now facing stiff competition from Samsung. Even though new Apple phones are more anticipated and it’s made out that Apple is by far the best, everyone has their own opinion. My opinion is that Apple devices are just so much easier to use, but Samsungs are by far the more reliable. I think Apple is more famous and has better features, but it is impossible to have an Apple device and not go through some difficulty. That said, Samsungs aren’t the simplest and some elements are very complicated. On Apple, Music and Applications are far better than Samsung and Siri just keeps getting better. For Samsung owners, I’m not even sure they knew they had their own ‘Siri’, ‘S Voice’, although it is nowhere near as good as Apple. However, Apple phones are a whole lot more expensive than their compatriots.One more thing – whilst Samsung have a whole range of phones; the galaxy fame, the mini smartphones, the modern Galaxy S5; whilst Apple just has the expensive iPhones.

All things considered, I have come to this conlusion:

If you are looking for your first Smartphone but don’t have price limits, an iPhone would be the phone for you. However,  if you are looking for a very simple, cheap phone, maybe a Samsung is right for you. If you want a reliable phone that has very few problems, though feel you’d be able to comprehend some tricky features, maybe go for a Samsung. If you like fancy phones, the iPhone is for you. If you want simplicity, fun, great features, great gaming, brilliant music, and an altogether quality smartphone, the iPhone might be for you. BUT only if you are willing to put up with some slowness, freezing phones and multiple trips to plead help to the Apple store, then I’d stick with a Samsung. If you think iPhone prices are ‘Woah!’ then maybe it isn’t worth getting a gleaming new iPhone, but even still, the winner of this round, for great features, simplicity, apps, and cool technology is…

Now this is a tricky one! On one hand, you have the iPad, possibly the most famous and most talked about piece of technology to date! But one the other hand, you have the Samsung galaxy tab and note, two seemingly very good tablets too. However, can anything overturn the iPad? The Galaxy note is a smartphone as well as a tablet, which is an interesting thought, but doesn’t really work, in my opinion. Also, the introduction of Samsung’s new watch that WORKS with the latest note is brilliant for those who have the Galaxy Note, but rubbish for those who don’t. And then again, if you want a smaller tablet, then just get an iPad Mini, or even an iPod Touch. Do Samsung have their own iPod Touch? No.

And so my conclusion is,

Despite valiant efforts, Samsung just can’t match the ingenious of the iPad.

APPLE ARE THE WINNERS!!!

And to end off, here is what Samsung think of Apple’s new iPhone…