6 great matches took place on Saturday and Sunday in Euro 2016, and here are the 6 things that we all learnt from these games… 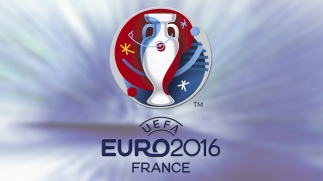 1. Granit Xhaka is more than welcome in the Premier League. He looked fiery, feisty and tough-tackling against Albania, as Switzerland won 1-0. He was a real leader in the middle of the park and showed the right level of aggression to compete for every loose ball. He will certainly add a bit of bite to Arsenal’s soft-centred, creative midfield and will be very entertaining to watch this season.

2. Wales look at home on the big stage. They won 2-1 against Slovakia but performed well, by no means overwhelmed by the big occasion although they were the less experienced squad on the international stage. Gareth Bale put in a big performance, something they will need him to do consistently if they are to go far, but from what their first game showed us, they are certainly good enough to progress past the group stage and will test England when they meet on Thursday.

3. England were good, but not great and need some danger men. They were by far the better team and thoroughly deserved to beat Russia, but the fact that they didn’t can’t only be attributed to bad luck. They didn’t take their chances, and perhaps they need someone who can cause trouble and then put the ball in the back of the net. A bit more of a direct player, like Daniel Sturridge or Jamie Vardy, might be able to get further into the defence alone and cause a bit of trouble for the back lines, and then they are clinical finishers who get goals out of nowhere, something that we definitely need. In any case, although they only picked up a point they played well and can be in high spirits ahead of the big game on Thursday.

4. Can Croatia finally have a successful tournament and be this year’s dark horses? By what we have seen from their comfortable win over Turkey, it could be the case. They go into the second round of fixtures top of their group and they certainly have the players to go quite far in the knockout stages if they make it. Their midfield is quite strong, and Luka Modric scored a stunner to give Croatia the three points. (Also I’m supporting them ‘cos I got them in a sweepstake…)

5. Poland look solid but unspectacular as Northern Ireland don’t quite have the cutting edge up top. Milik gave Poland the win over NI but should’ve scored more, and Poland, although they may progress into the last 16, weren’t as good as they maybe should’ve been against an inferior Northern Irish team. The Greens just lacked that potency at the spearhead of the attack, perhaps because they left Will Grigg on the bench – there are unconfirmed reports that he is currently on fire…

6. Germany comfortable and could go all the way again. A lot can be found out by how a team performs in their first game and Germany were very strong, winning by a clear margin and the better side throughout. They have the defensive stability – and Neuer played very well – and up front they have the quality to get enough goals, and from what we’ve seen from the first match they look very strong, perhaps even better than France.